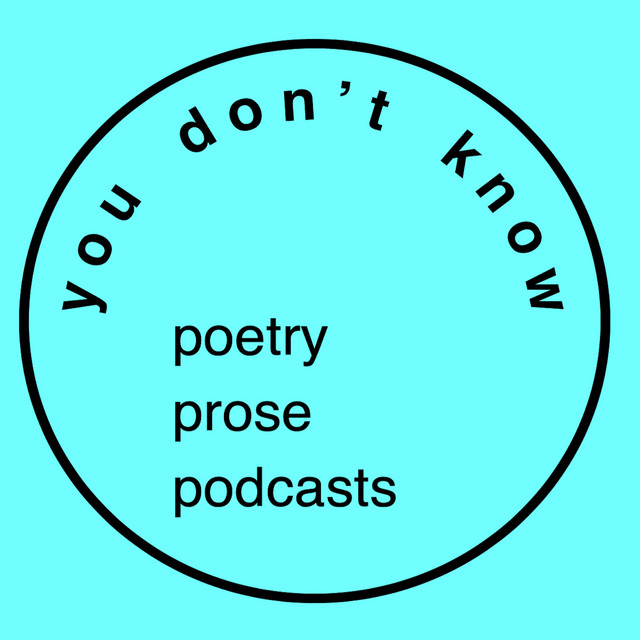 In terms of work that functioned as a product of and antidote to the pandemic, one of my favourite projects of 2021 was the podcast, You Don’t Know, from David and Lizzy Turner. While each episode is self contained, with no overriding narrative or grand design connecting then, each part of YDK is imbued with the same ethos: the joy of making and sharing things. This is not just reflected in the craftsmanlike quality of the podcasts, with their sonic collages of found sounds and archive materials, but also in the pamphlets, posters and art objects that accompany each episode.

Even at their darkest, and there are episodes that deal with mental illness and violence, the love that has gone into making and sharing them renders each one an exhilarating listen. YDK never failed to fire up my own creative impulses. They made me want to make things and share them with the world. The podcast also passed one of the ultimate tests of immersion — while listening to an episode that detailed the lockdown stories of a few disparate Darrens, I managed to get on the wrong train while travelling home from a day’s teaching. This might be because a repeated sample of the Netflix DA-DUM sound rendered me into a highly suggestive state. It really was the heartbeat and tempo of the first few weeks of lockdown.

Each episode (with the exception of the final one) is bookended with a brief discussion between Lizzie and David about how and why they made them. These conversations focused on the inspirations and decisions taken but also detailed the nature of the collaboration, with the pair often swapping writing, soundtrack and talking duties to differing degrees. The only episode where this doesn’t happen is the final one, which features a conversation between the Turners as they walk from Epping Forest to the Maudsley Hospital in Camberwell, musing on the art of walking, the life of John Clare and how the final destination of the ramble denotes a personal story that ties into these affairs.

Some episodes are high concept exercises, the first two spring to mind, while others, such as the recorded discussions with the residents of a new build estate, are much more personable.  It also helps that Lizzy and David convey such a warm and easygoing presence throughout, something they no doubt honed through their earlier work on Lunar Poetry Podcasts.

I should also add that, while I was aware of the podcast as it released throughout the year in bi-monthly instalments, I chose to listen to the whole lot in one go after the final episode released in December. This proved to be an intense but thrilling way of consuming the project but, depending on your own dispositions, you might want to listen at a more leisurely pace. Since then, a bonus episode based on a previous pamphlet project has been released and I am left wondering how final the final episode might be. Even if this is all we get as far as the YDK project is concerned, I can imagine myself listening to them repeatedly in the weeks, months and years to come as I wait for whatever collaboration the Turners leap into next.

We have entered a weird phase with podcasting. With the pandemic pushing more big names into the field as the live entertainment industry flounders, it has become more difficult than ever for smaller, independent podcasters to find their audiences. You Don’t Know deserves praise and attention because it really is the antithesis of so many podcasts that are produced by celebrities and broadcasters. It embraces the medium as one that is still genuinely experimental and accessible. I urge you to give it a listen and, if you enjoy it in the slightest, tell someone else about it.